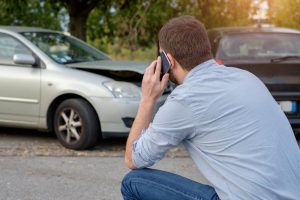 Do you know how many people drive and text at the same time?

Statistics show the dangers of cell phone use while driving are unbelievably high. Approximately 660,000 drivers attempt to use their phones while behind the wheel of an automobile on any given day.

Most people use a cell phone these days to stay connected at all times. Using a cell phone while driving a vehicle can cause serious safety risks when a person decides to check a cell phone for text messages, emails, phone calls, or other applications while driving.

Below are some interesting facts related to texting and driving.

The National Safety Council reported cell phone use while driving has caused up to 1.6 million automobile accidents every year and nearly 390,000 injuries are caused by a driver texting while driving. At least 9 people are killed every day due to a distracted driver.

Every year, one of four automobile accidents are caused by texting while driving. Texting has been reported to be six times more likely to cause an accident than a drunk driver.

When a driver texts while driving, it generally takes five seconds to answer the text. If someone is traveling at 55 mph, that is the time it takes to travel the length of a football field because it causes a 400% increase in time spent with the driver’s eyes off the road.

Texting while driving is the most dangerous activity according to reports and an AAA poll. 94% of teen drivers admit they text and drive; only 35% of those involved in a fatal automobile accident admitted to texting while driving.

It is estimated a teen driver who has one passenger doubles the risk of getting into a fatal automobile accident and if there are two or more passengers, the risk increases to five times. Approximately 11 teenagers die every day because they were texting while they were driving.

It has been documented one-fourth of teens driving respond to at least one text message every time they are driving and 20% of teens and 10% of adults have multiple text message conversations while driving. 10% of the teen drivers aged 15 to 19 have been involved in a fatal automobile accident and were distracted at the time of the accident.

Research has shown pedestrians who are texting while walking are four times less likely to look before crossing the street and obey traffic signals. It has been estimated it takes a pedestrian an average of two seconds longer to cross a street.

Remember driving is a privilege and when you choose to text and drive, every other driver around you is threatened because the driver has put more value on a text message than another driver. The chances of being involved in an automobile accident with any distracted driver has become a national problem. If you’ve been injured by the carelessness of another driver, contact an attorney and seek chiropractic care.

The new law recently passed in Georgia bans the use of a handheld mobile device while driving, meaning no holding a phone for any purpose There will be absolutely no text messaging or text reading while driving. There are aps available now to block all text messages while driving an automobile.