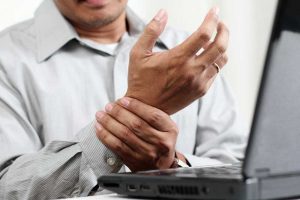 What is a Personal Injury Case?

A personal injury case is a situation in which a person has been harmed or injured in some way, such as an automobile accident, suffers a fall at a business, either where they work or in a parking lot, and in rare cases, a malpractice.  Most personal injury cases are legal disputes that come about when one person suffers and someone else might be legally responsible for the harm.  Some personal injury cases may become formalized through civil court proceedings seeking to find the other party at fault through a court judgment; in most cases disputes may be resolved through informal settlement.

What is a Formal Lawsuit?

A formal lawsuit starts when a private individual (“plaintiff) files a civil complaint against another person or business, alleging they were harmed in some way due to carelessness or irresponsibility in connection with an accident or injury.

What is an Informal Settlement?

Most disputes due to an accident or injury are resolved through an informal settlement, either through those personally involved in the dispute, an insurance claim or attorneys that represent both parties.  The settlement may be a negotiation followed by a written agreement in which both parties forgo any additional or future action, such as a lawsuit, resolving the matter through payment of an agreeable amount of money.

What is a Statute of Limitations?

A personal injury case “plaintiff” has a limited time in which to file a lawsuit, commonly referred to as a “statute of limitations”.  This is the time period that begins when a plaintiff has been injured or discovers an injury.

Statute of Limitations are established by state law and vary by type of injury to a plaintiff.  In Georgia, the statute of limitations is two years; however, the exact time limit can be different for each state.

Laws That Pertain to a Personal Injury Case

What You Might Receive In Compensation for a Personal Injury Case

If you have been injured in an accident, you may want to know how much money you might expect to receive in compensation for your medical bills and other damages after an accident caused by another person’s carelessness.

If you consider making a personal injury claim with an attorney after an accident caused by someone else’s carelessness, you may want to know how much money you might expect to receive in compensation for your medical bills and other damages. The range of compensation varies depending upon the case, injuries, and whether or not the case goes to trial.  Generally, plaintiffs with the most severe injuries are awarded higher settlements.

What Affects an Award?

In most cases, personal injury claims are the result of an out-of-court settlement instead of a trial.  In a jury trial, verdicts can be unpredictable.   When there is a Med-Pay claim, most insurance companies have a standard for which they will agree to pay in a settlement.

Injuries:  The severity and type of injuries sustained in a personal injury case will have the most impact on how much an individual can expect to receive in a settlement of the case.  The seriousness of your injuries, substantial medical expenses, lost income and other damages all contribute to the final settlement of an award.

Insurance:  Insurance companies have policy limits in place that may keep settlement offers low, even if a case might be worth more.

If an attorney is hired by a person who has been involved in a personal injury case, the attorney can represent the injured person and deal with an insurance company or at-fault driver and their attorney. A lawyer who represents an injured person can make it more likely to receive a higher settlement amount.

It may seem obvious an injured person may receive a higher settlement by negotiating rather than simply accepting the first offer. This strategy may not work with every case, but it may be one of the most effective strategies to obtaining a higher settlement.  In a personal injury case, the damages may consist of medical expenses, lost earnings and pain and suffering.

When it comes to getting the most out of a personal injury claim, it’s important to stand up for the individual’s rights and asking for the best results.  This may mean putting a personal injury case in the hands of an attorney.  It may be important to sit down and discuss the situation with an experienced attorney, otherwise the at-fault party may try to settle the case without any knowledge of what the injured party may be entitled to receive.

How Does Insurance Coverage Affect A Personal Injury Settlement

A personal injury case might depend upon on whether the at-fault party has adequate insurance coverage. Here’s why.

A reasonable personal injury settlement will depend upon two factors:  1) the nature and extent of the injuries, and 2) the amount of insurance available for compensation for the sustained injuries.  Most insurance companies are only liable for the dollar limits of the policy and the company has no obligation to pay an injured party large sums of damages if the insurance limit is low.  If an injured party is not able to obtain a reasonable settlement through the at-fault driver’s insurance company, and decides to hire an attorney to recover beyond an insurance policy limit will depend upon whether the at-fault driver’s has enough assets to satisfy a court judgment.

It’s ultimately up to the injured party in an automobile collision to make the decision to hire an attorney or to handle their own personal injury case.